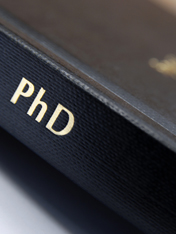 ‘Our Movement is One: African Contributions from London Between 1989 to 2014 in Charting the Historical Trajectory of the International Social Movement for African Reparations (ISMAR)‘

What is the role of activists in London in charting the historical trajectory of reparations activism in the UK between 1989 and 2014?

In attempting to answer the research question I will:

In this study, I highlight the role and significance of the metropolis London to crafting a global vision and basis for reparations activism in Britain which is a unique characteristic of the ISMAR based in the UK. This research follows in the tradition of previous research on the significance of London to forms of African Diaspora activism of international significance.

There are three interrelated components to this research:

1. conducting historical research utilising a range of primary and secondary sources to recover the history of the contemporary ISMAR, leading to a PhD thesis;
2. conducting primary oral history research amongst UK based reparations advocates, activists and allies.
3. producing an audiovisual documentary.