What is the International Social Movement for Afrikan Reparations (ISMAR)? 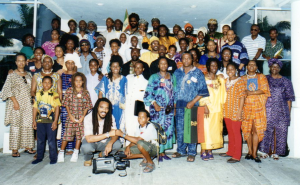 The ISMAR has been conceptualised by activists in the Pan-Afrikan Reparations Coalition in Europe (PARCOE) working through formations like the Interim National Afrikan Peoples Parliament (iNAPP) and the Global Afrikan People’s Parliament (GAPP), to refer to the collectivity of a broad alliance of social forces within Afrikan heritage communities all over the world, consisting of  a broad array of constituencies, with a range of ideological orientations, working in diverse ways, and acting with some degree of organisation and continuity to obtain redress for historical atrocities and injustices which have contemporary consequences, repair the harms inflicted, and to rehabilitate their victims in the process of effecting and securing the anti-systemic objectives of effecting and securing reparations.

Activists and scholars debate whether it constitutes a single distinct social movement or represents a collection of allied groups, interests and causes, i.e. a ‘movement of movements’. Nonetheless, the literature leans towards supporting the perspective advanced by reparations activists; that the ISMAR is not an entirely different movement from the wider Afrikan Liberation Movement, but is distinguished by special features, such as, continuity of systemic anti-imperialist efforts to seek redress; as well as secure and effect various forms of self-repairs arising from the historical and contemporary injustices rooted in the African holocaust of chattel, colonial and neocolonial forms of enslavement, otherwise known as the Maangamizi.

In a draft paper entitled ‘Our Struggle for Reparations in African Youth Perspective’ presented at the 1993 Birmingham Conference on Reparations (UK), the All-Afrikan Student’s Union in Europe (AASU-E) stated that they saw reparations “from the perspective of African youth, as the actual concretisation of the objectives of our whole peoples’ liberation struggle under the banner of revolutionary Pan-Africanism”.